Inauguration of the Rachel Caro Center for Loneliness Relief

A Much Needed New Service At Yad Sarah

On Thursday, May 13th, 2021 the 2nd day of Sivan, the first day of remembrance for the late Mrs. Rachel Caro, her children inaugurated the Center for Loneliness Relief in memory of their late mother – a centre that will commemorate a life that was full of grace and commitment to others.

When Suddenly You Are Alone

Shoshana, a delightful 82-year-old mother, and grandmother, never dreamed this nightmare would happen to her.

For sixty years, since she came to Israel with her parents, she has lived in Acre. Here she grew up, married and established her home, raised her children, and unfortunately, also buried her late husband. Since then she is alone. She is not really alone; her children come a lot to visit, and the neighbours are lovely and always willing to help, but at home, she is alone.

And now, on this night, she feels so very alone. 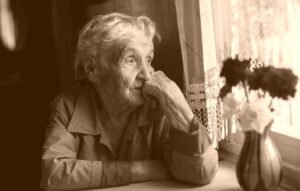 She hears the terrifying sounds of rockets outside. Shoshana realizes that something very bad is happening in her city, the city she has learned to love so much.

Already that morning Shoshana had heard about the unrest in the streets, but now that she senses it in her own house, it is like nothing she had ever imagined.

During the Corona pandemic, her children arranged for Shoshana to have a distress button at home. Since then it has been here, almost unused – though one may call the constant sense of security it provides, use, in the true sense of the word.

Shoshana had already talked to her children on the phone. They had already calmed her down and explained that the epicentre of the riots is far from her home and there is really nothing to fear. But Shoshana is still very afraid and feeling so alone. 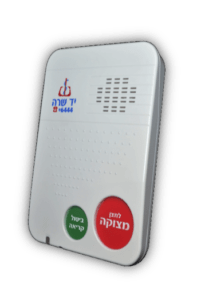 Clicking on her Yad Sarah distress button connected her to a call centre operator. The operator asked her how she was feeling, made inquiries to the Acre police while Shoshana remained on the line, and together they learned that the neighbourhood in which she lives is a safe distance from the bombing that she is hearing outside. The operator remained on the line with Shoshana until she was calm, knowing that she would now be able to sleep soundly. Only then did she say goodbye, assuring Shoshana to call if she felt the need. The call centre operator promised to contact her again in the morning.

Just as the operator had promised, Shoshana received a phone call from the Center for Loneliness Relief. The volunteer on the line was so gracious, so kind, and full of life, that Shoshana did not even notice that they talked for two hours – and it was just an introductory conversation.

When her children called to check on her, Shoshana forgot that she had been unable to leave the house that morning because now she was feeling so happy.

Along with hundreds of similarly moving stories, this story happened on Wednesday, May 12th, 2021– the day before the festive ceremony for the inauguration of the Center for Loneliness Relief took place.

Circumstances in Israel are unique. An aging population, many of whom live below the poverty line, the frequent attacks from within and from outside of Israel, and the pandemic have exacerbated the isolation and fear the older generation, in particular, has been experiencing. With the new Center for Loneliness Relief now functioning, specially-trained personnel can allay the fears and manage the stress many people are feeling by not having the traditional social interaction denied them during this past year and a half.

Yad Sarah recognizes that mental health is just as important as physical health. To that end, and as they see the need, Yad Sarah delivers new services addressing those requirements.

It is with your help and contributions that these people live a better quality of life and with dignity. We ask you to join the volunteers providing compassionate services, especially to those who cannot afford them. Please, select the button below and make a generous donation to Canadian Friends of Yad Sarah. It will make a real difference in their lives.