Yad Sarah received national and international recognition when it received the Kaplan Prize for Efficiency in 1990[29] and the 1994 Israel Prize for its special contribution to society and the State of Israel.[30]  In 1982[29]Lupolianski was the recipient of the President’s Award for Volunteering.[31][32]

“We serve all people,” including secular and Orthodox Jews, Druze, Muslims and Arabs, said Rothner. One out of every two families in Israel has been helped by Yad Sarah. “We all serve each other. It’s people helping people. All the politics are left at the main entrance.”

In 2004 the United Nations recognized Yad Sarah as a Non-Governmental Organization, according it UN observer status. In 2005 the UN Committee on Non-Governmental Organizations upgraded Yad Sarah’s status to an advisory body to the United Nations Economic and Social Council. Meir Handelsman, International Professional Relations Coordinator for Yad Sarah, said that the recognition “allows us to participate in international conferences convened by the UN on matters associated with our activities and to take part in special meetings of the General Assembly as well as discussions of other international bodies.”

On Israel’s Independence Day in April 1994, Yad Sarah founder, Uri Lupolianski walked across the stage to thunderous applause to accept the Israel Prize for Yad Sarah “for a significant contribution to the society and the State” from the President of Israel. This is the highest tribute given by the State of Israel.

The prize committee cited Yad Sarah’s great humanitarian and economic impact on Israeli life through its more than 6,000 volunteers, its completely non-sectarian, non-discriminatory policy of help to all who need it, and its distinction as a leader in rehabilitative, paramedical and social services throughout Israel.

When the Kaplan Prize for Efficiency was awarded to Yad Sarah four years earlier, it was noted that the organization saves the Israeli economy about $250,000,000 a year in hospitalization and medical equipment costs.

In 2003, the United Nations recognized Yad Sarah as a Non-Governmental Organization, according it UN observer status. In 2005 the UN Committee on Non-Governmental Organizations upgraded Yad Sarah’s status to an advisory body to the United Nations Economic and Social Council. This status allows Yad Sarah to participate in General Assembly meetings and UN international conferences, as well as serve as consultants for UN and government bodies. 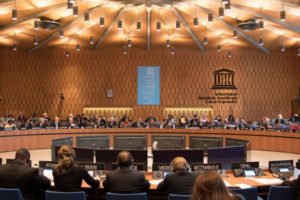