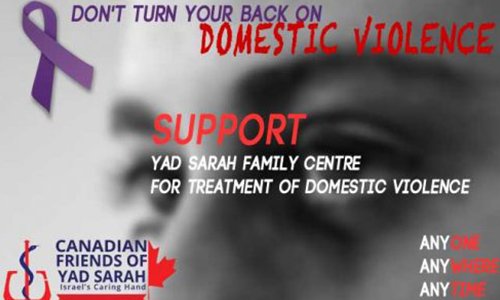 Weekly sessions for children and youth suffering from increased domestic violence during the corona crisis and who are at risk for being aggressors or victims in future relationships. Sessions include psychodrama, art therapy and parent-child groups.

Supplementary parenting guidance – both privately and in groups – to develop coping skills under challenging circumstances.

Expanding our platform for distance sessions. We are currently conducting sessions on online platforms and it’s impossible to predict when we will resume regular work, especially since our expertise focuses on the religious sector, which is the hardest hit in this pandemic. We would like to upgrade our online system to a more professional platform with broader options, as well as to set up a phone system for clients who have no internet connection

Providing families with access to the 24/7 emergency centre, in addition to a social worker on duty 24/7

Art therapy groups to process the trauma resulting from domestic abuse during the corona crisis. We have excellent experience in this area from previous similar projects and we view art therapy as a powerful antidote to the hardships facing our clients.

The budget table below shows the original projected budget for 2020. However, in light of the Coronavirus crisis and the ensuing increased need for services, the budget increases by about another US $125,000, thus bringing the total budget to $450,000. Reflected in the budget, the Jerusalem City Council funds 40% of this project, participants’ minimal fees amount to approximately 20% while the remainder is raised from private donors and foundations.
We are reaching out to you, in these very difficult times, to partner with Yad Sarah. Whether you can donate a lump sum, make a monthly donation or make a one-time donation, it will make a difference in the lives of those who experience domestic violence. As we know, the Coronavirus has restricted most people to their homes. Often the pent up frustration results in violence to children or spouses.

The wall of silence surrounding sensitive domestic issues in the Orthodox community has long been seen as an impediment to a overcoming the problem. A decade ago, most Haredi community leaders rarely spoke openly about violence against women. Instead, the rabbis would deal with cases of domestic abuse privately; only rarely would they make referrals to professionals or recommend divorce.
“It’s always easier to say that the problem does not exist in our community,” said Rabbi Asher Weiss, an Ultra-Orthodox rabbi who recommends Yad Sarah’s services and advocates for its work. “Denial and secrecy are easier coping methods than looking at our sins. Some people deny reality, and some people think they can deal with the issues alone in the community. But over the years more and more people began accepting this reality.”

It’s taken many years to reverse the trend but today, leading rabbis are working with experienced professionals in the field to fight abuse in their communities and beyond. Yad Sarah was determined to transform the situation — and their endeavors have been bearing fruit.
“We can point to our success in that many of the leaders of these communities have begun to speak about the problem publicly,” said Dr. Shlomit Lehman, a professor of social work who founded the Yad Sarah domestic abuse division. “There was always family violence, but they kept it secret. We have worked hard to connect with these communities and our concern and professional experience have provided a necessary base for a united effort.”

The Family Centre for the Treatment and Prevention of Domestic Violence is located at Yad Sarah’s Jerusalem headquarters. There is also a branch of the Centre in Sderot, responsible for the southwestern region of the country. The Centre provides support and treatment to families suffering from domestic violence, taking into consideration the cultural and religious sensitivities of the various sectors it services. 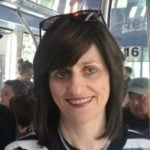 Lehman introduced the domestic abuse division at Yad Sarah in 2000 with two therapists. Currently there are 14 therapists in the Jerusalem branch alone, serving 170 individuals a month, making Yad Sarah the second-most active domestic abuse centre in Israel. Lehman serves as the Centre’s professional director while Mrs. Sharona Sherman serves as its administrative director.
Yad Sarah has made rabbinic outreach a central part of its strategy. A rabbinic committee with representatives of Israel’s major Haredi organizations was launched by Yad Sarah several years ago and these leaders in turn instructed communal rabbis to refer battered women to Yad Sarah’s Centre.
Haredi couples are more reluctant than their secular peers to choose divorce over other options. According to Lehman, a battered women’s shelter is seen as a last resort. Before reaching that point, Yad Sarah encourages abusive husbands to seek therapy in parallel with their wives. Lehman says that for every 100 women who seek treatment, approximately 40 men come as well.
Though growing numbers of women have sought treatment in recent years, Lehman says much work remains to be done. Yad Sarah has limited space and often has to keep potential clients waiting for months.
When a victim of domestic violence turns to the Centre for help, she undergoes an intake session during which her situation is assessed. A treatment plan is then formulated by a licensed social worker. Treatment plans include: individual and couple therapy; therapy for children; support groups; group sessions on various subjects including parenting, anger management, empowerment and 12-step programs. In some instances, the woman also receives a scholarship to attend a vocational training course so that she improves her family’s financial situation and becomes further empowered by earning a respectable income. When deemed necessary, the family is placed in a shelter temporarily, until a long-term compatible plan is executed.
The Centre serves offenders and victims of domestic violence, as well as children who were exposed to violence. Currently, the Centre employs 14 social workers with MA and PhD degrees and a specialization in domestic violence as well as several students in practical training. Therapy and classes are offered in Hebrew and English. There are between 5 – 8 group therapy sessions taking place on an ongoing basis. Over 400 individuals are helped by the Centre each year, approximately 70% of them women. Participants pay a nominal fee, mainly to ensure their commitment to the program.
The Centre augments its impact in the Haredi community by: